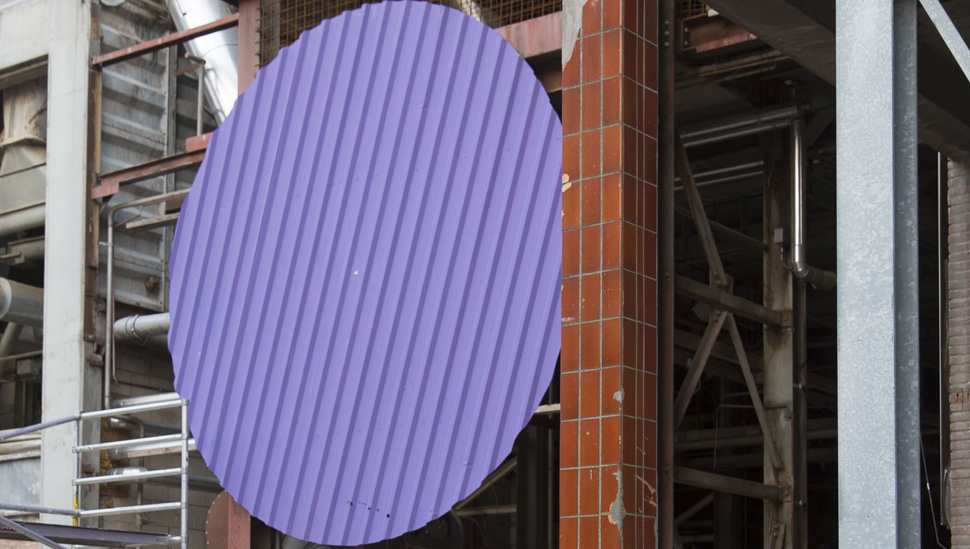 The “Tipping Point“ is an urban inter- vention at a former petfood factory in s´Hertogenbosch, The Netherlands. The industrial area known as Tramkade is transforming into a socio-cultural center after it was not accessable for citizens for many years. Nevertheless not everyone in town could see these changes for the industrial scale of the area is monumental. “Tipping Point“ was part of a local activation initiative which made theses changes visible. It materializes a new spirit of the halls of the old factory. The intervention itself used the material of the factory skin. So the trapezoidal sheetmetal was shaped into a disc of six meters diameter pain- ted purple and montaged inside out at it´s old place at the factory. The “Tipping Ponit“ was scenography for several performances later in the year 2016. 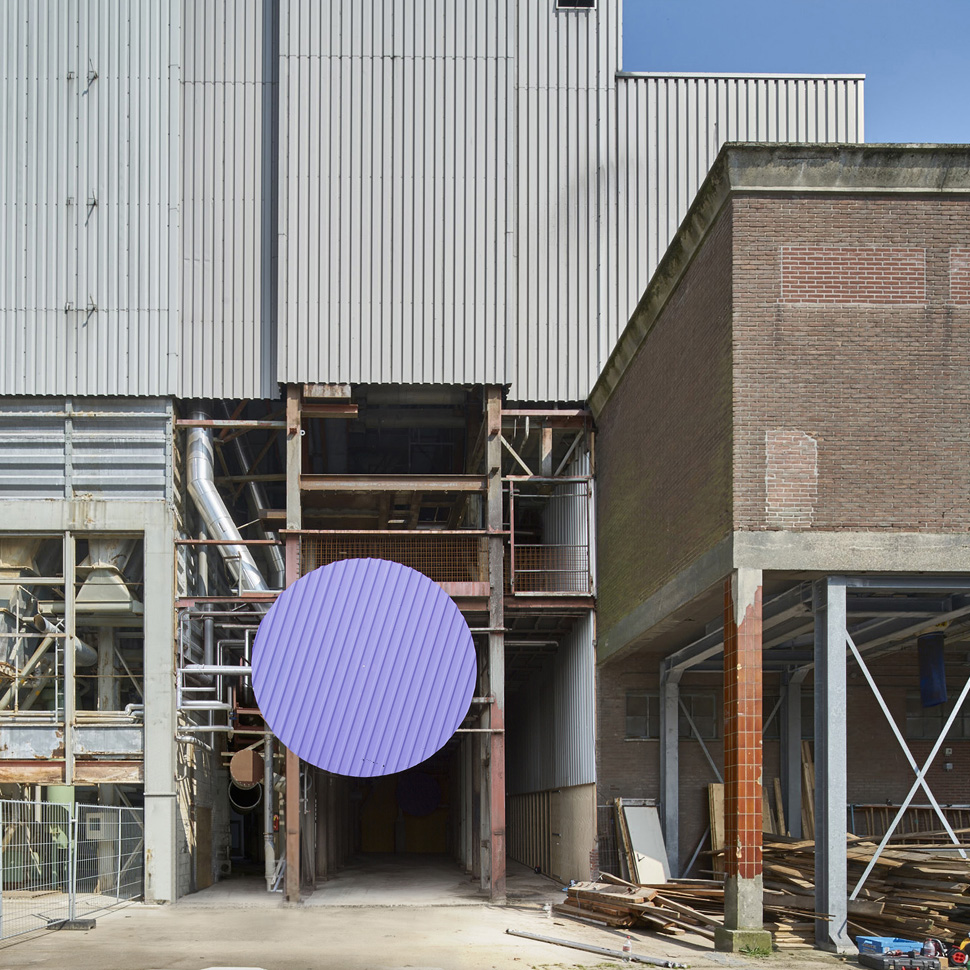 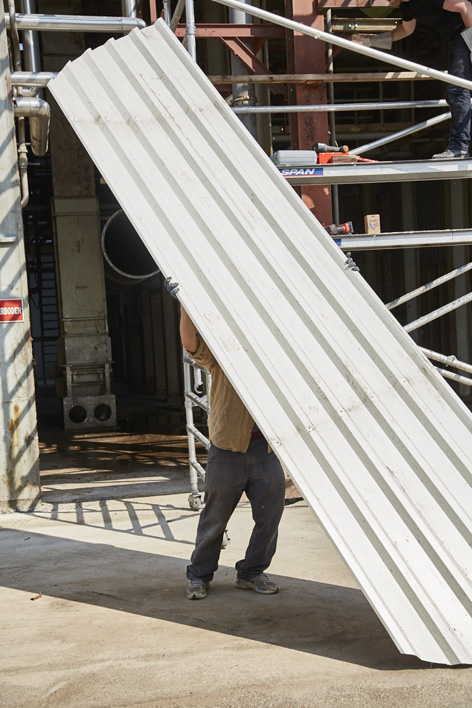 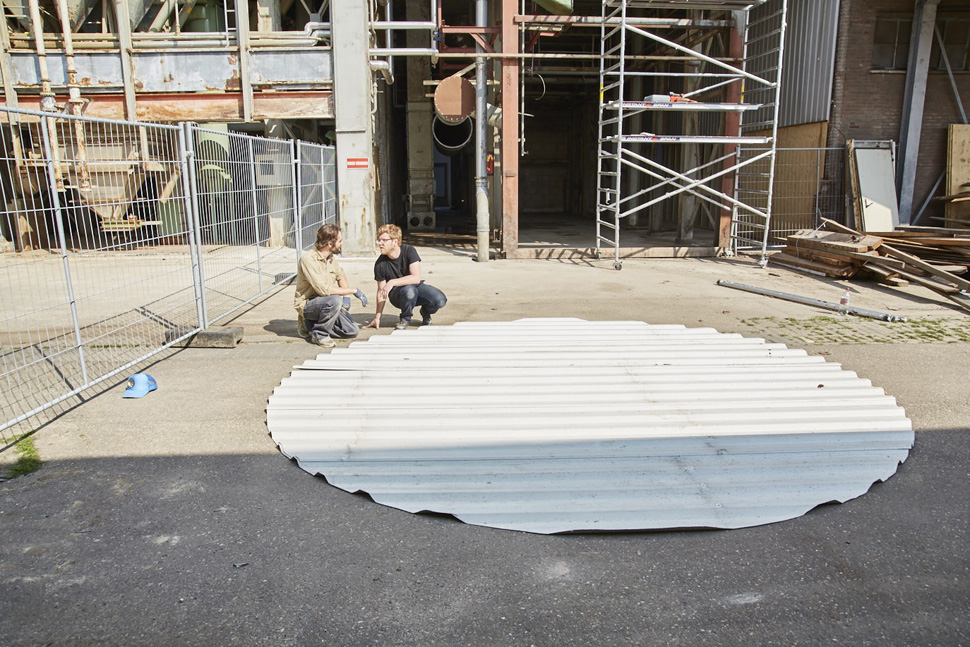 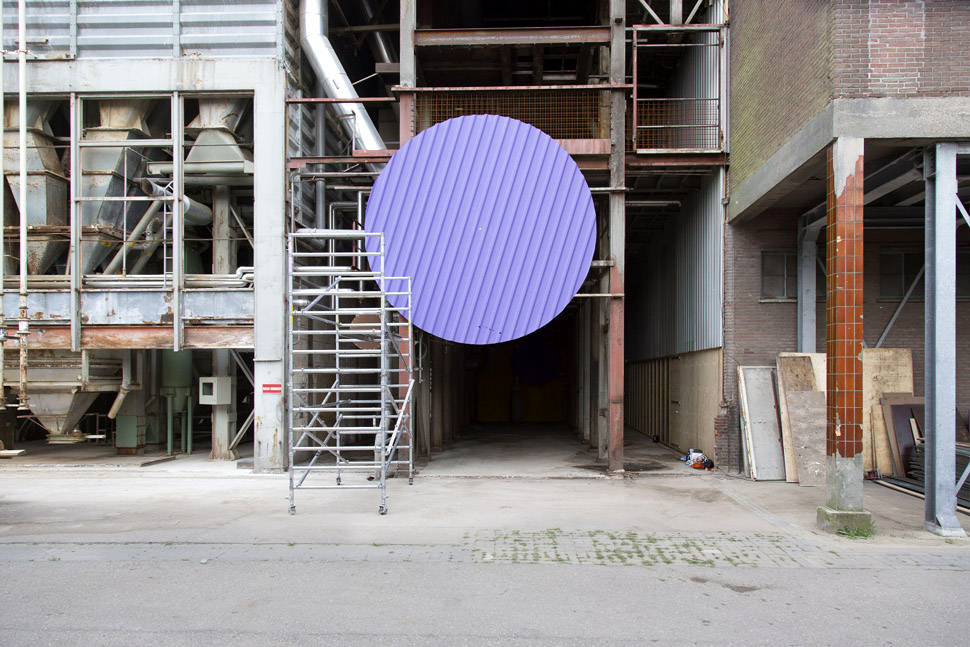 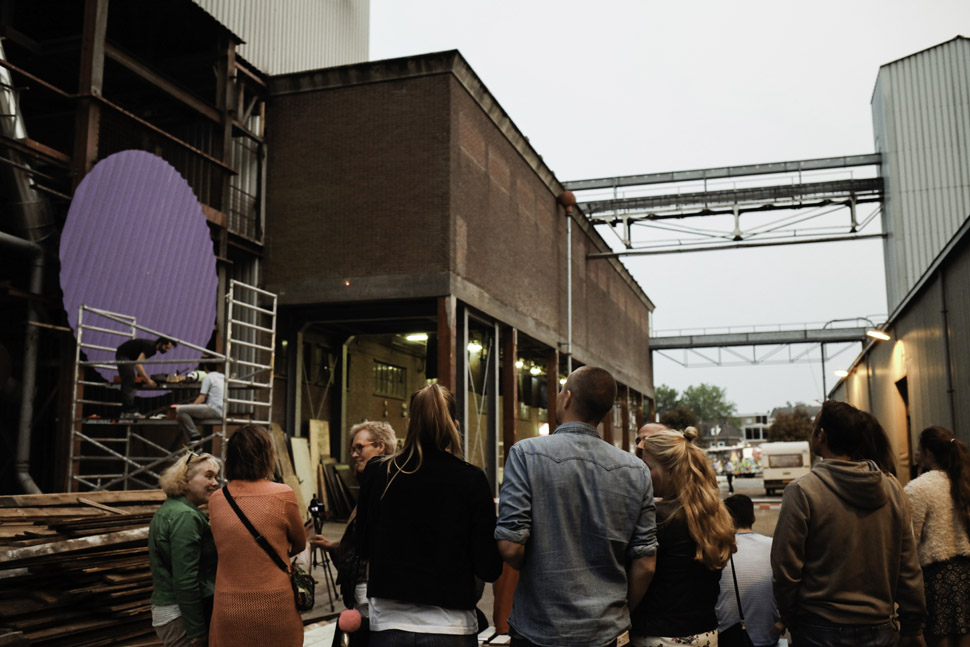