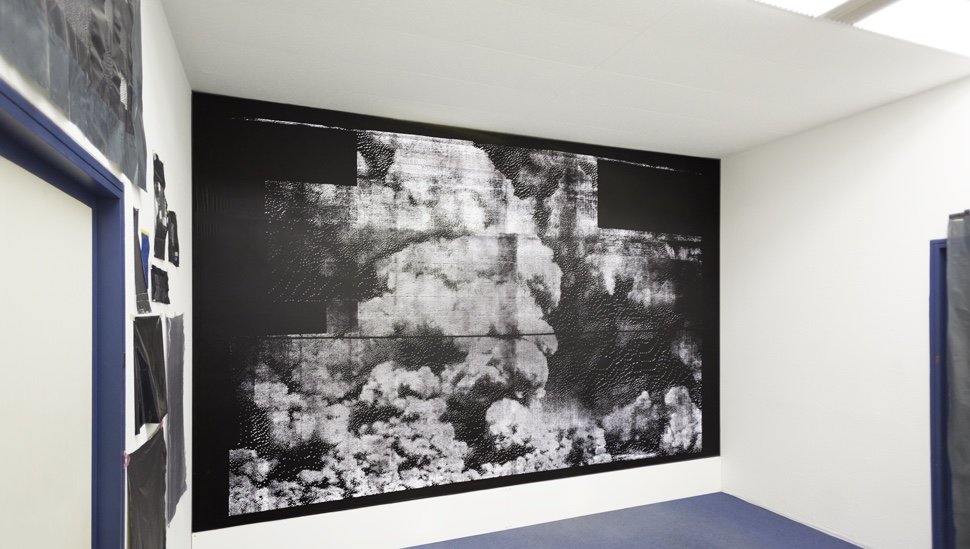 “Burning Light” is a body of work explo- ring the process of burning itself. Burning is the essential act of creation and destruction considering both ele- mentary and cultural forces.

In a 20 sqm room a canvas was installed to be an artificial wall. Behind this canvas there were neon lights placed right infront of the windows, both to backlight the canvas. A laser-light, montaged onto a fine mechatronic machine, was piercing the opak canvas several hundred- thousands of times. This tool of engraving had to be used in an utmost balanced procedure.

The machine was invented to be tool and assistant which could work for 24 hours a day, but it needed continuous instruc- tion to keep the course. It had to be calibrated to the slightest influences like room temperature or humidity. This asked for a tight bound between human and machine, and refined their relation.

The picture itself, as composition of grey scales, was formed by this procedure and the multiple influences which occured. These crucial points of decision gave shape to the picture. It was the first work of its kind and there- fore constantly a maiden voyage.

The canvas was thinned to a delicate veil in some areas or keept its deep black- ness in others. In deed, we can see the picture where there is nothing. After 42 days of work and 360 hours of burning a passage stood open. The light beyond the canvas became visible.”Burning Light” was a lesson in proportion between creation and untouchable possibilities. A meditation on darkness, the source of all possibilities. The Burning Lights series establishes a photo positive process. 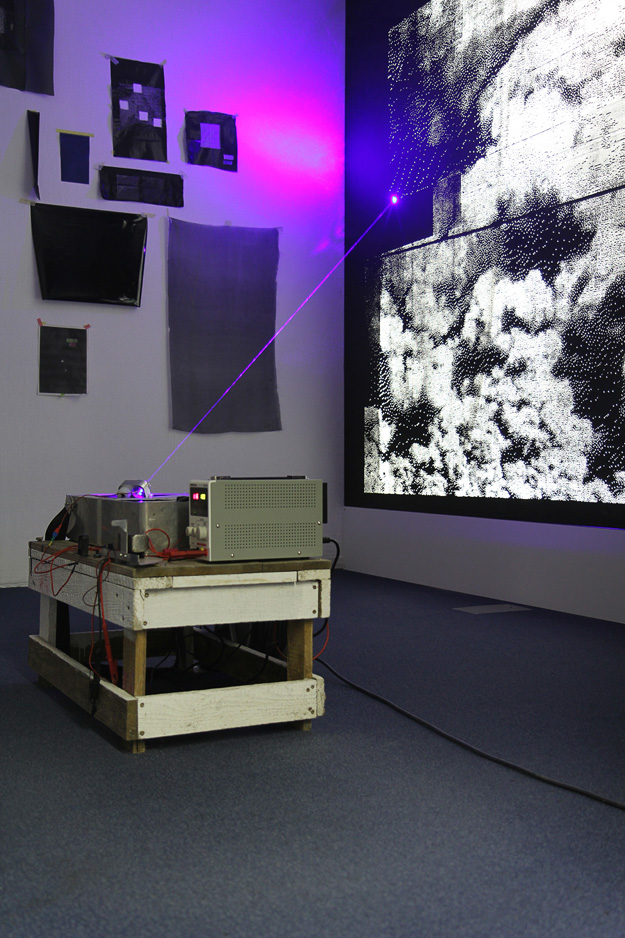 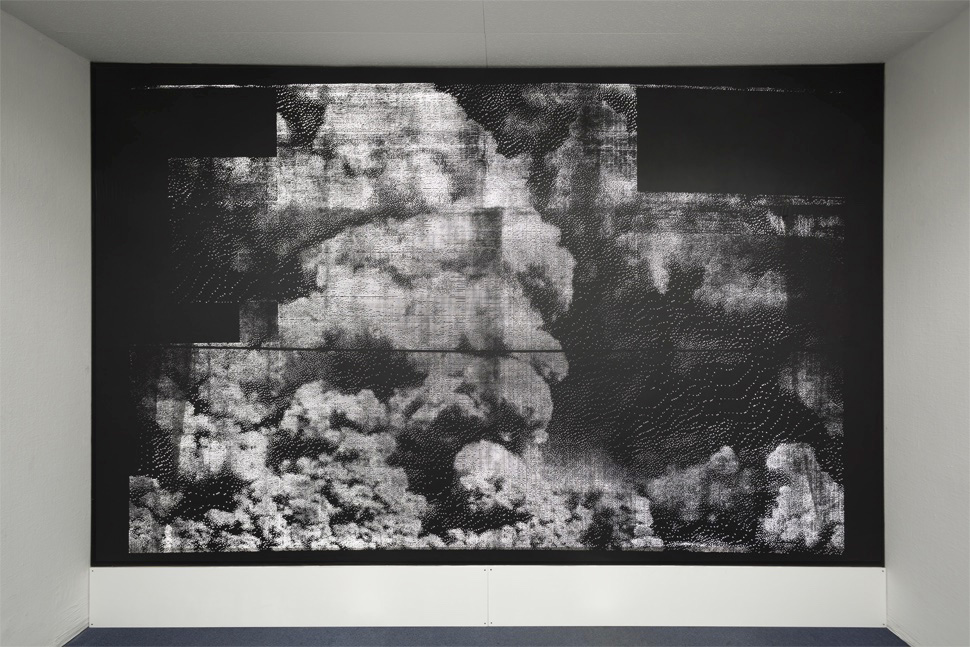 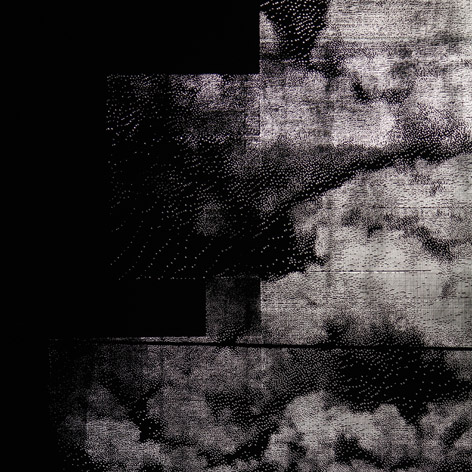 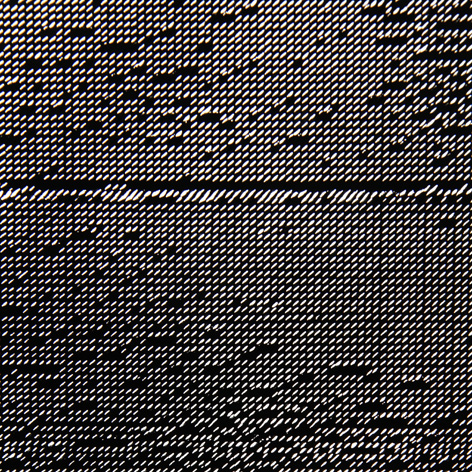 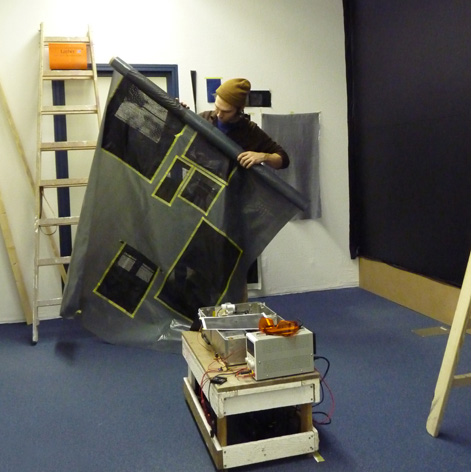 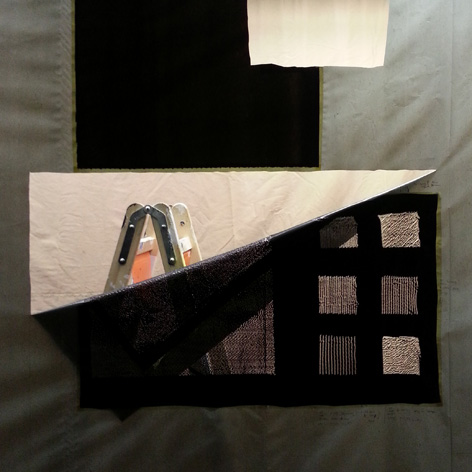 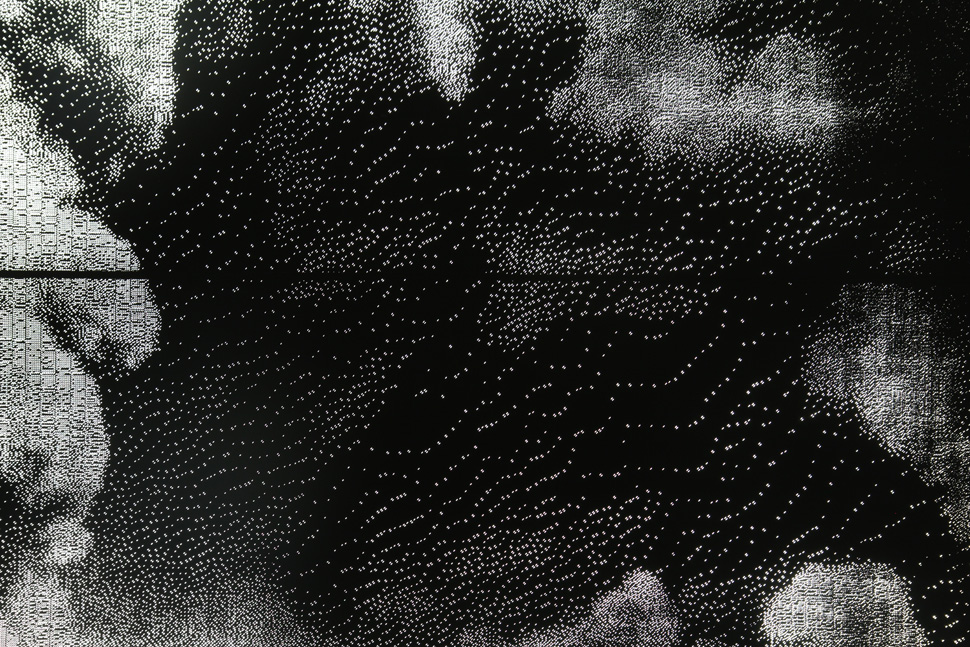 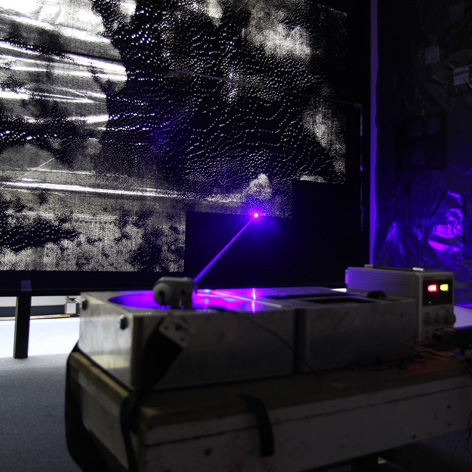 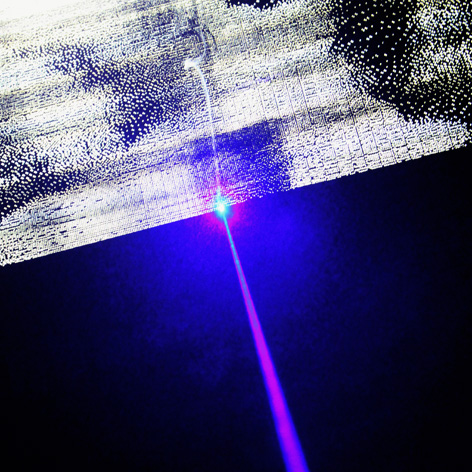 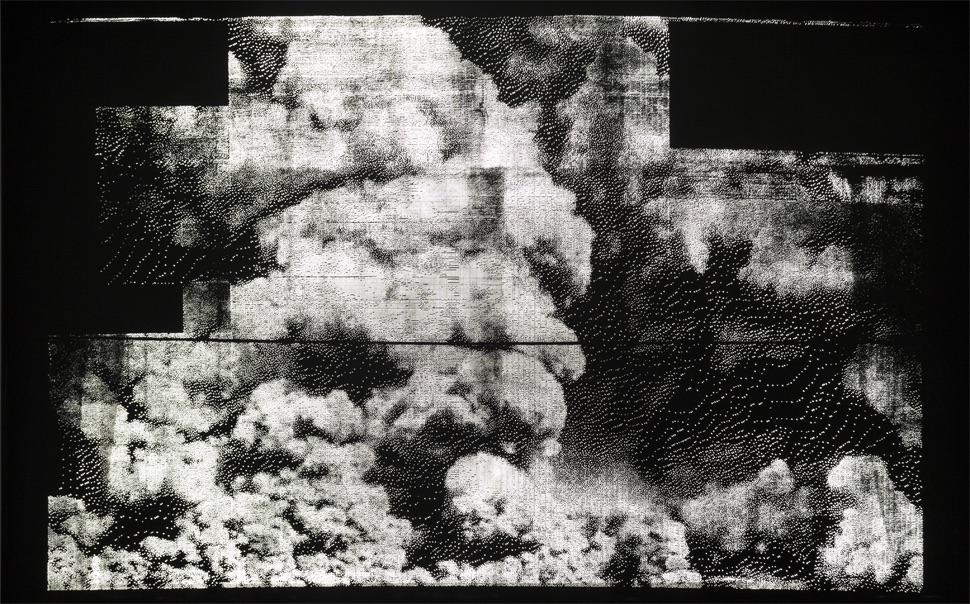 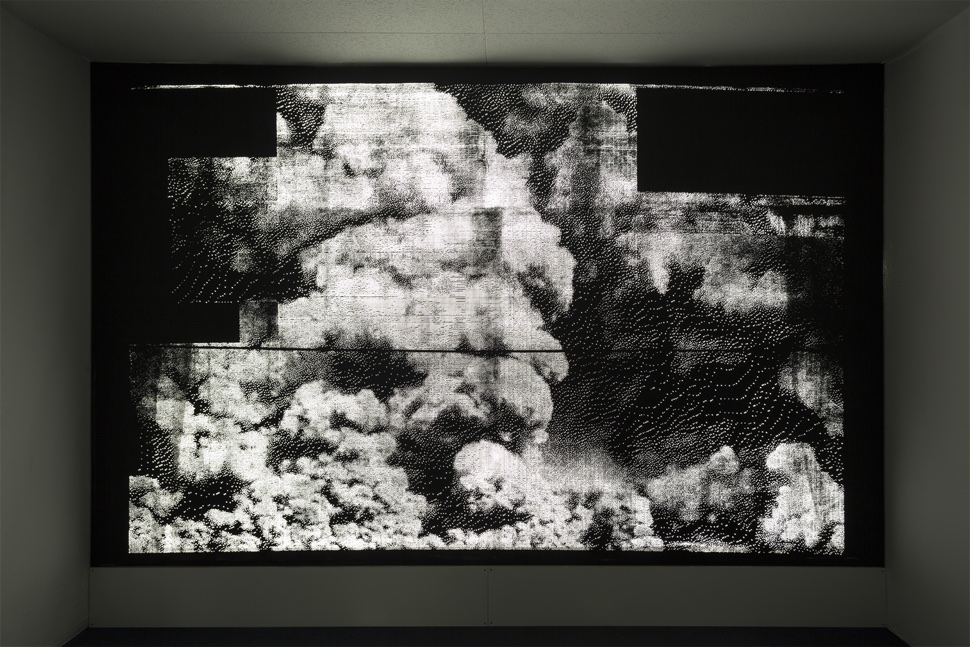