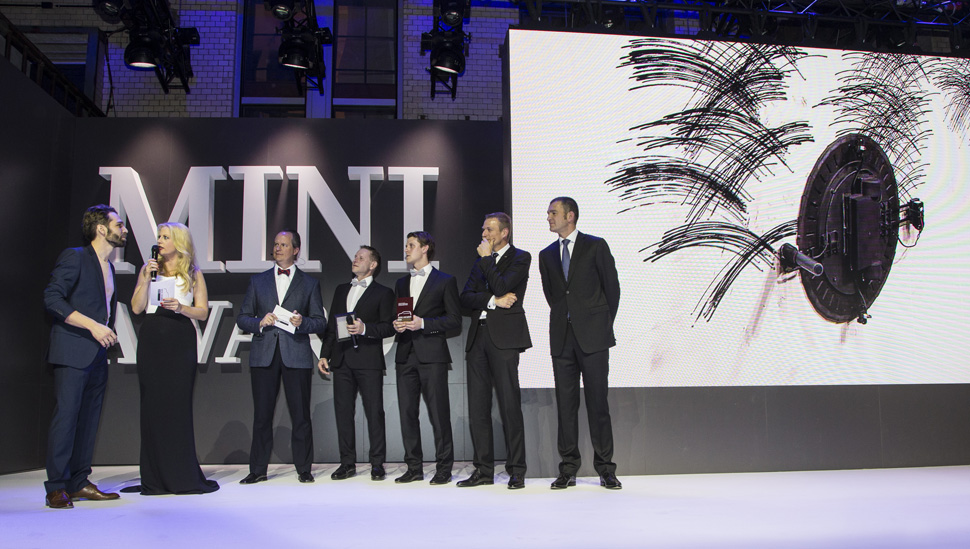 “Building Notion” is a robotic drawing performance of several hours. The bowlike climbing-behaviour of the robot is deriving from the robot´s anatomics. While climbing bow after bow, all actions are marked onto canvas and add up to a structural drawing. “Building Notion” was realized as comissioned artwork for the MINI entrepreneur-award in February 2016. It became main prize to the “entrepreneur of the year” at the same evening and found its place of display in the winners office only two days after. 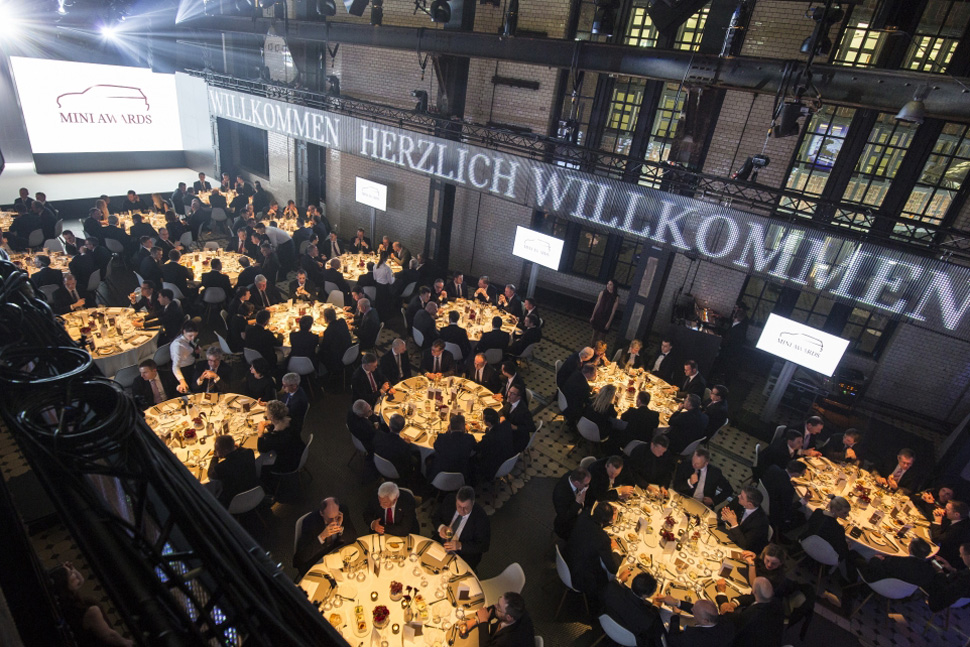 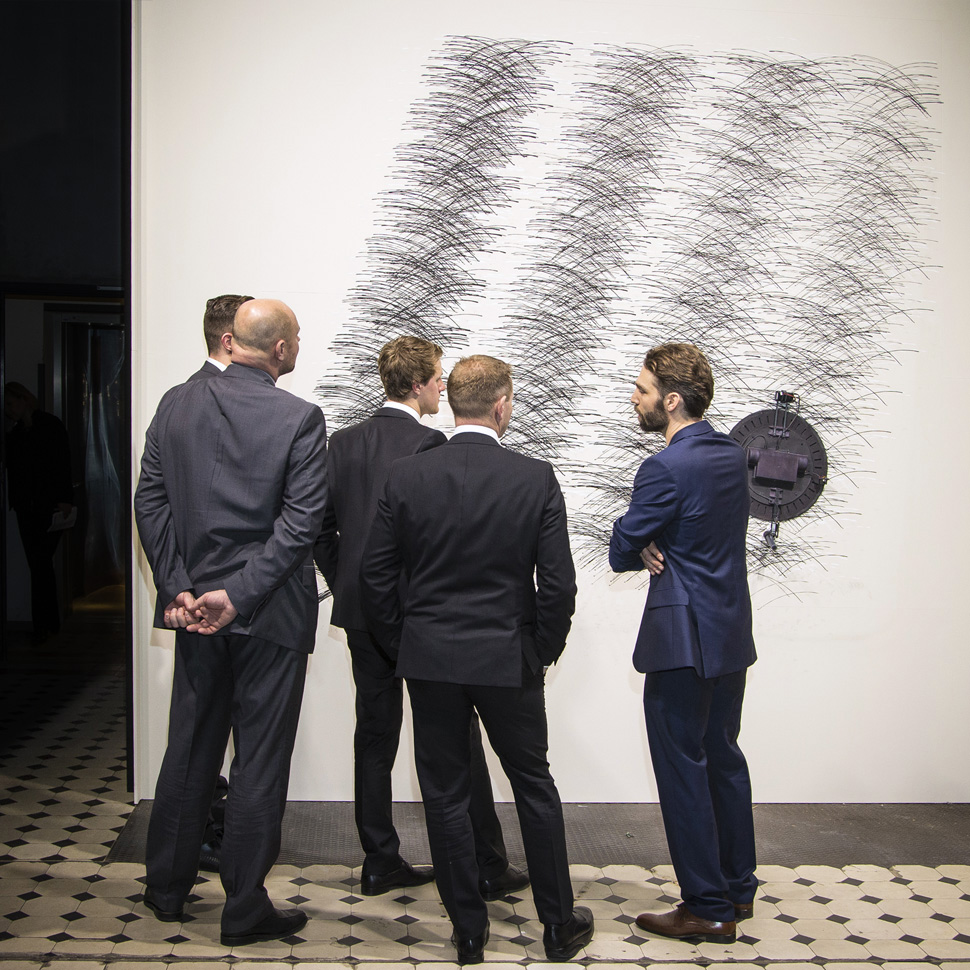 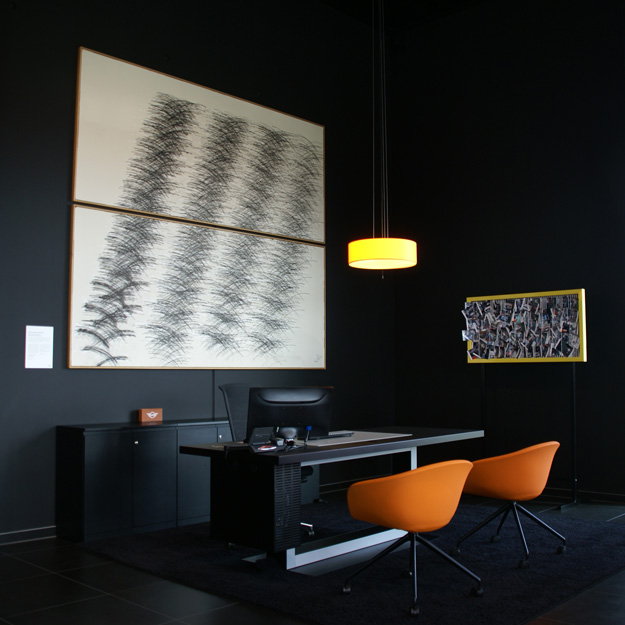 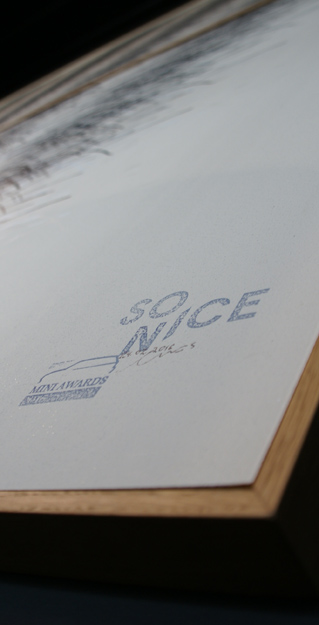 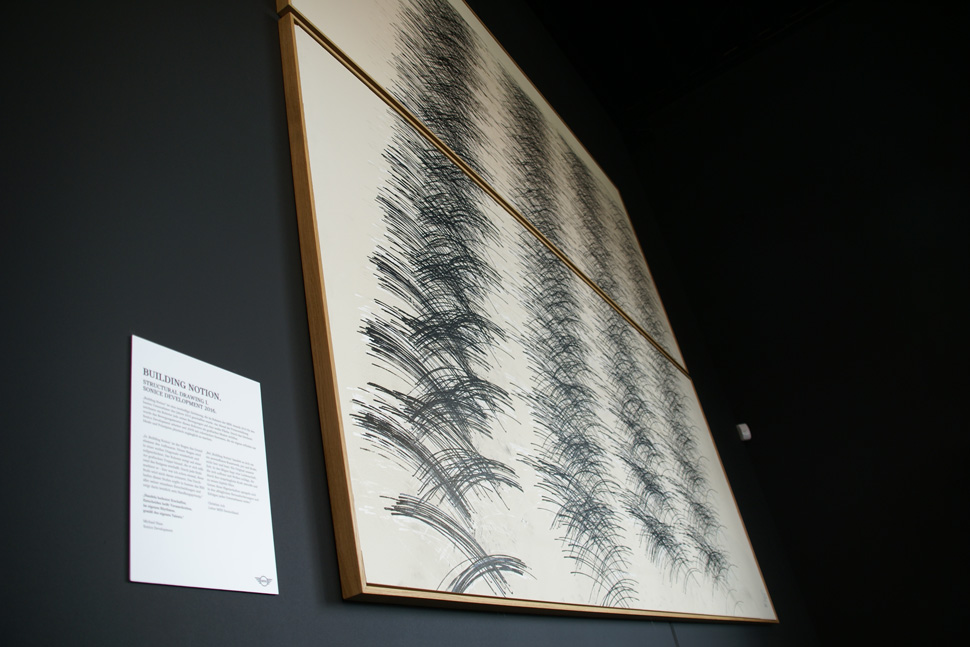