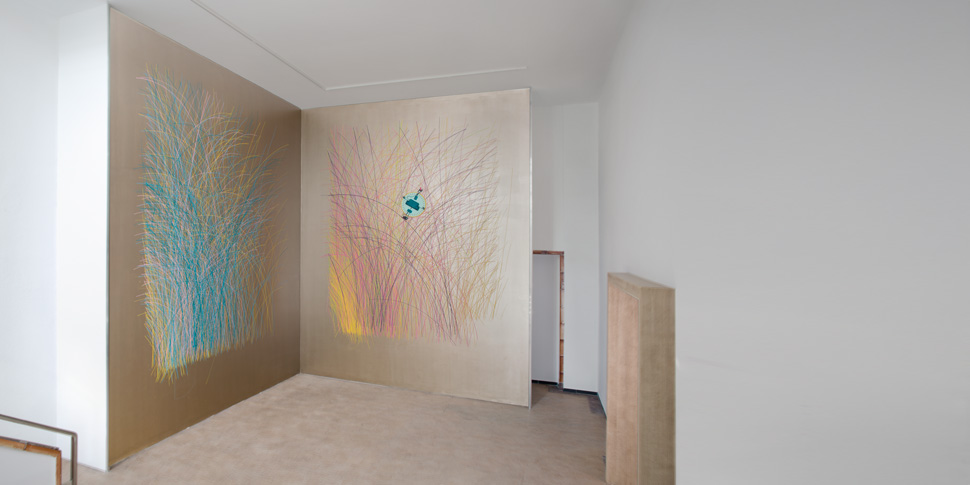 “Fathers for whom every revolution of a machine wheel meant gold had created for their sons the miracles of the Eternal Gardens.“

Rising Colorspace is a site-specific installation for “Metropol Park“ at Köllnischer Park 6-7 in Berlin. It is the third systemic robot installation of our colorspace series.

A robot draws his rising movements as bowlike lines onto a shiny metallic wall. All turns and falling movements are left out.  Thereof derives a wickerwork of lines in rich botanic coloration. This condenses to a colorspace. Each line grows like a bending culm and modulates the colorspace after a daily color-protocol.  Rising Colorspace is an evolving system continuously overwriting itself.

In a hundered-year cycle the city of Berlin revives in a “boom”. These periods of euphoria form the city’s face.  All “depressions” the city went through like war and separation became visible in voids and dilapidation. The last depression became a strong element of the city’s character, it is overwritten now by a new euphoria. The material of the last century was metal, while the materials of the new century are polymer and silicon. Both are elementary to mechatronics, the phenomena of our “now”.

Metropol Park is a real-estate project which turns Albert Gottheiner’s brick-expressionist building from 1931 into a housing complex. The vertical expression of the building’s facade suggests an aesthetic relationship to Fritz Lang’s movie Metropolis from 1927.  Gottheiner shared the vision of a new city with his building at Köllnischer Park.

Rising Colorspace is an hommage to both Lang and Gottheiner.

The installation is open to public. See opening hours. 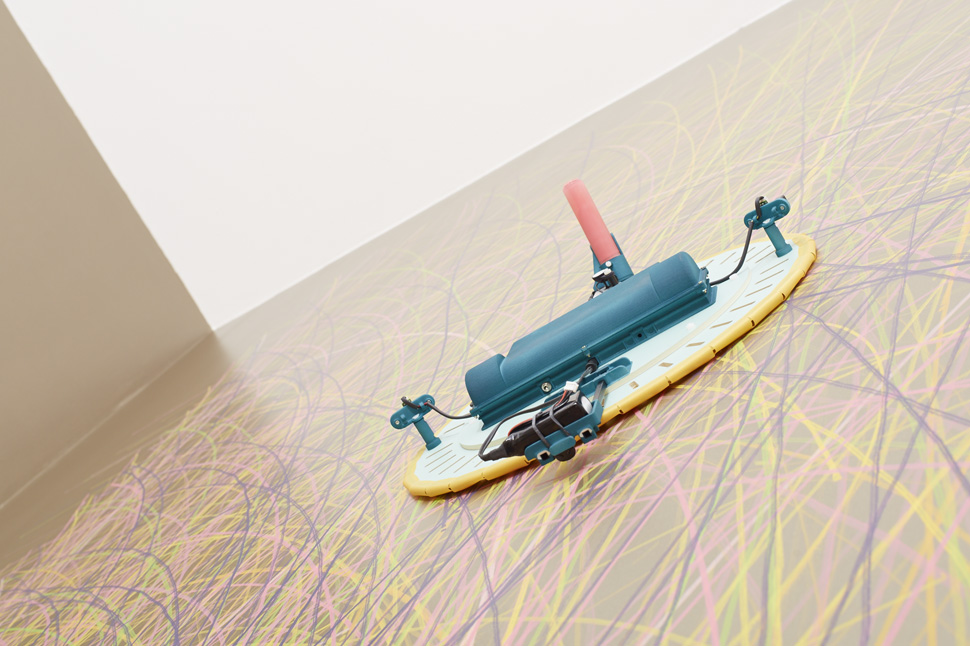 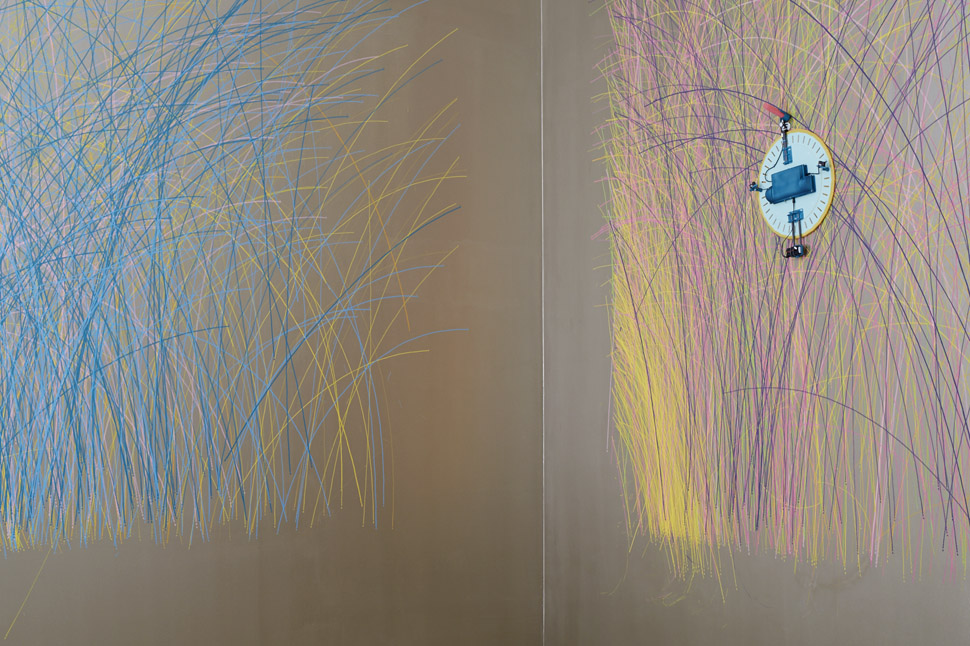 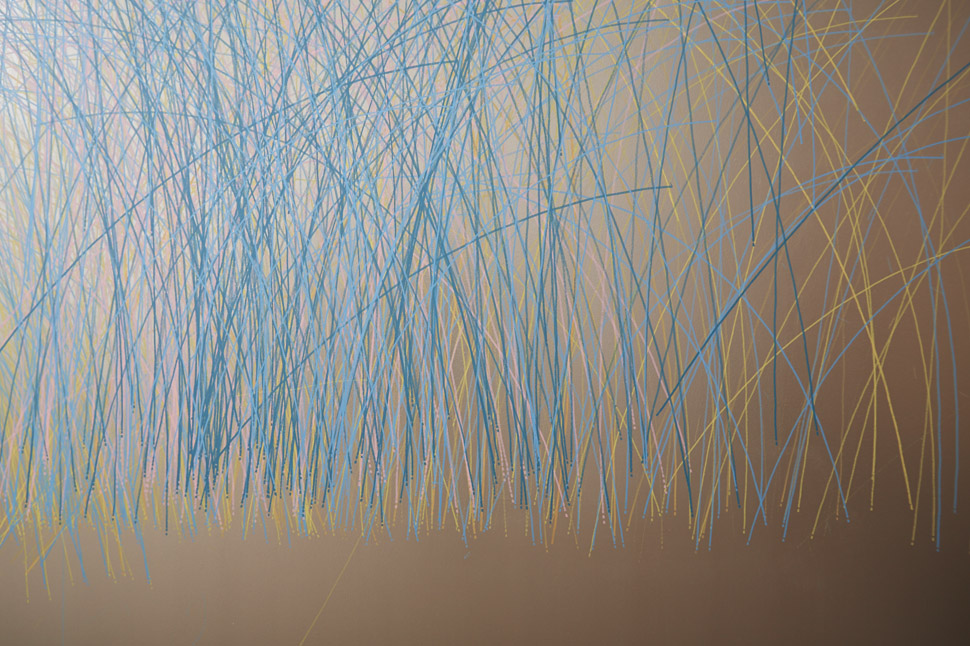 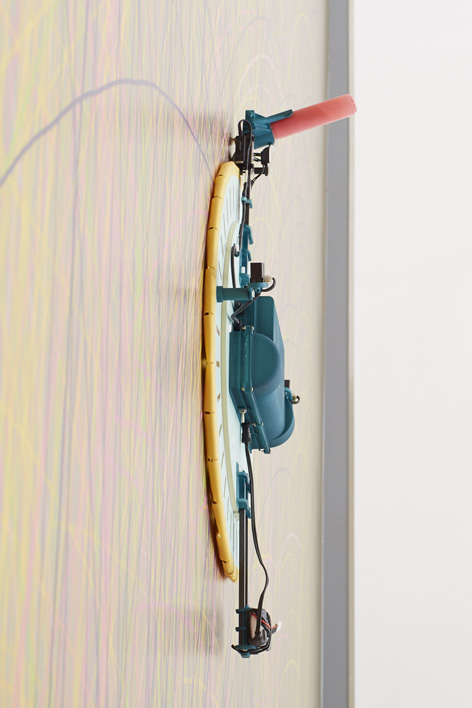 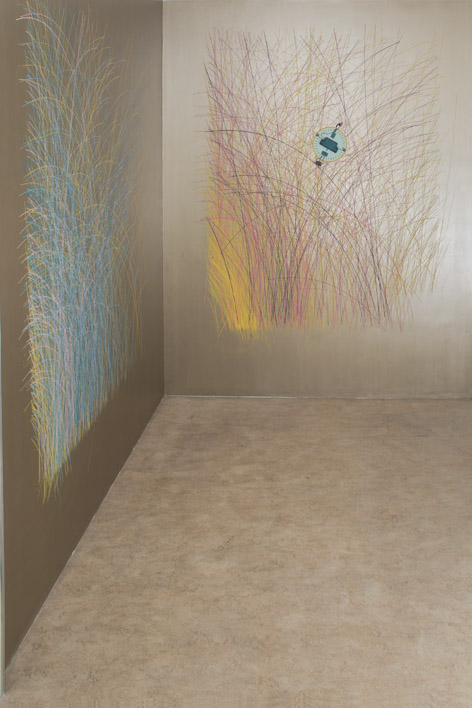 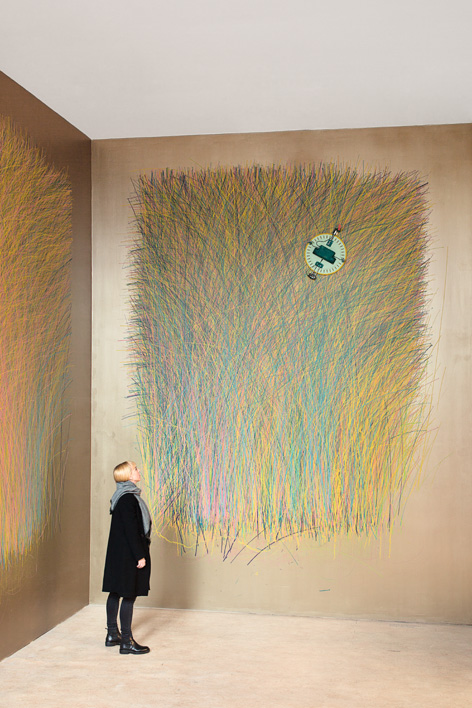 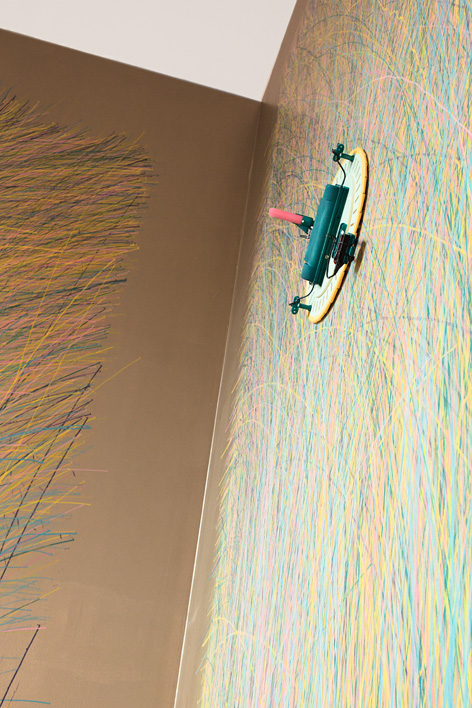