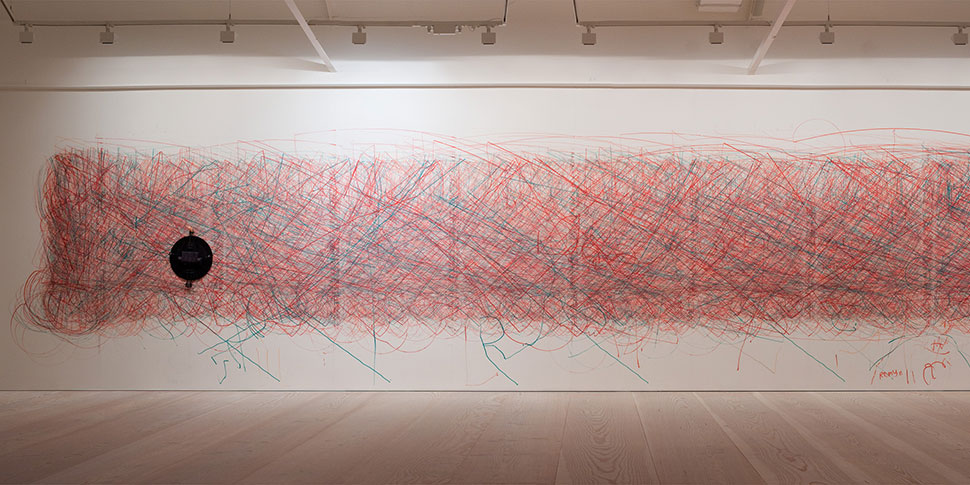 Emerging Colorspace is a kinetic drawing installation. A machine with the ability to move on vertical surfaces paints its behaviour with a marker. All its routes are inscribed as thousands of lines.Togther they form an increasingly dense colorspace that emerges during the months of exhibition. The wander- ing behaviour of the machine follows a simple set of rules with one random element. Emerging Colorspace is con- stantly changing and will never look the same on two different days.

Emerging Colorspace has been shown during the “Red Never Follows” exhi- bition at Saatchi Gallery London. It was staged at Le Grand Cordel in Rennes, France in a four wall version 2015 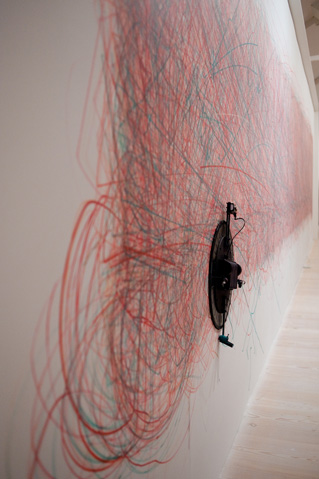 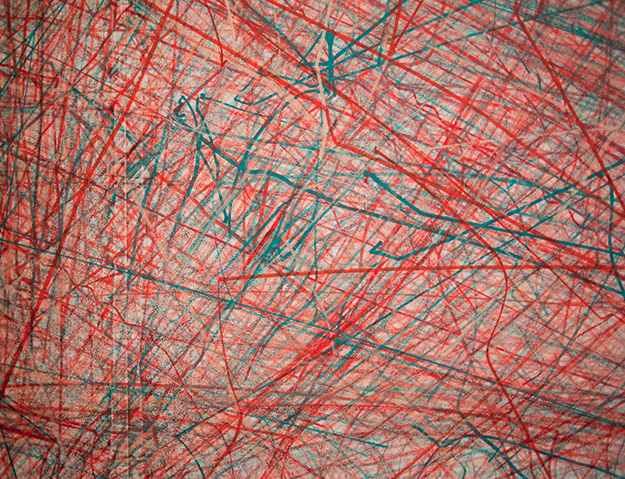 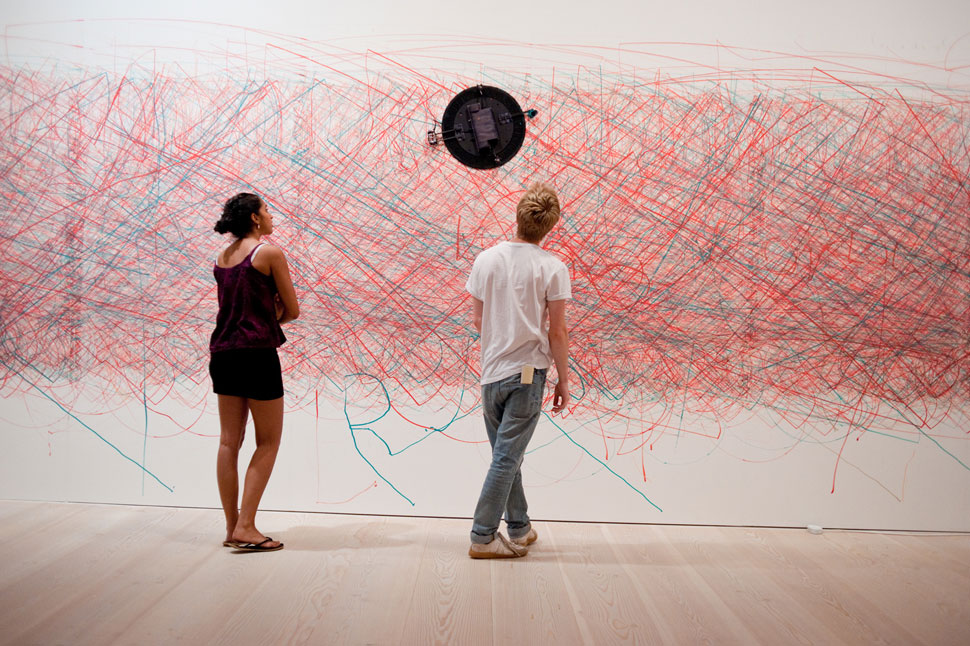 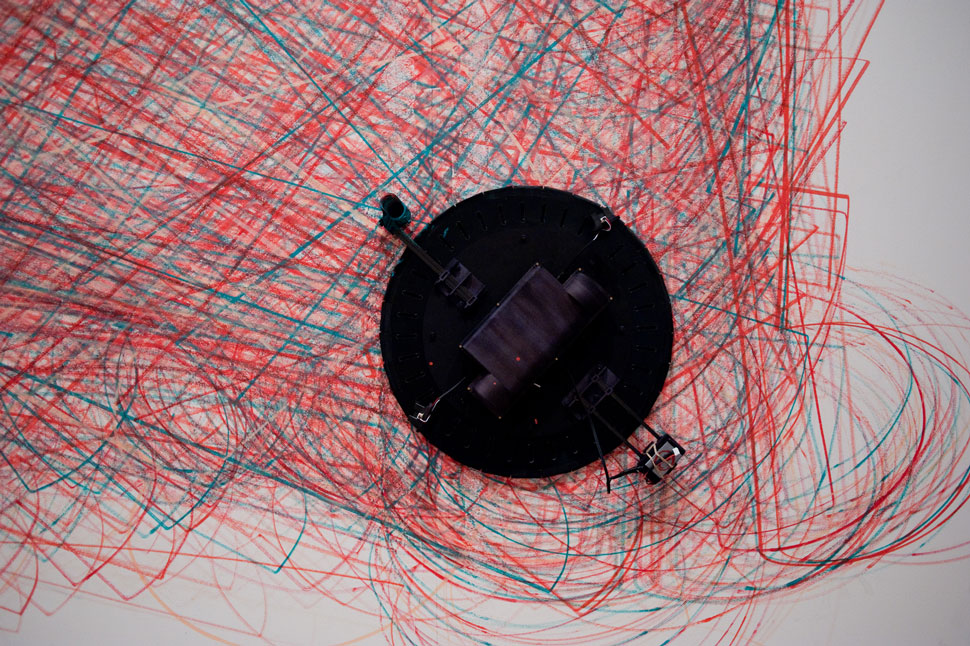 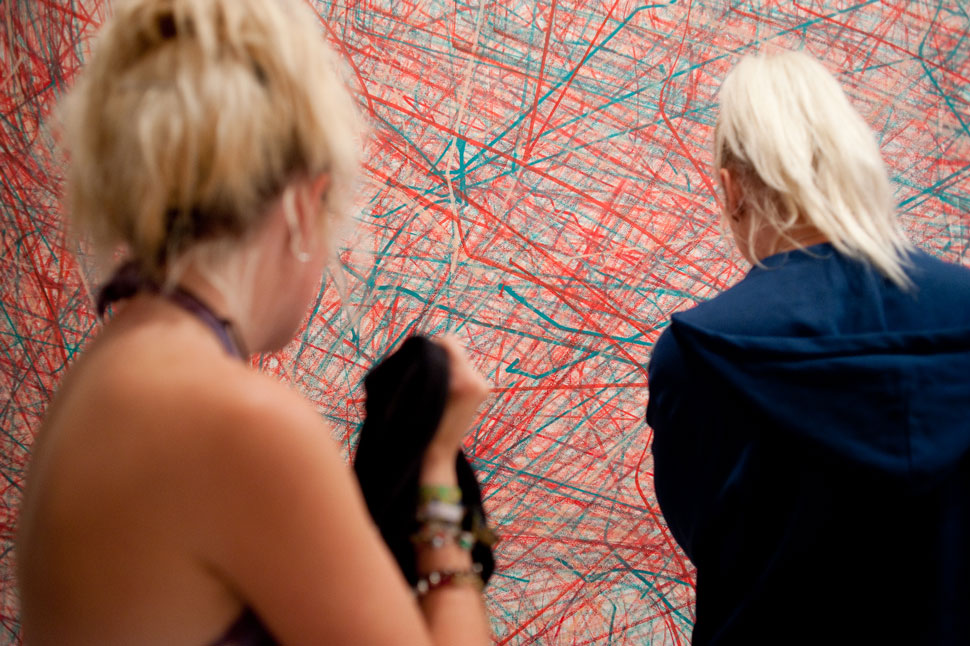